Do not be anxious about anything, but in every situation, by prayer and petition, with thanksgiving, present your requests to God. -Philippians 4:6

After over 7 months, I have finally decided I needed to get back to the blog and provide a long overdue report of my last race. To be honest, this is less a race recap and more a reflection of the 2017 Grindstone 100 after all this time. I included the link (2014 Grindstone 100) to my first DNF if you want to read about the first time I started and never finished.

After 3 attempts, I finally got the job done on October 7th.  This is the only course in over ten 100-milers that resulted in a DNF. Unlike my previous two attempts, where this was the third race in the same year, I had decided that this would be one of only two 100-miles races last year. I wanted to focus on this race and give it my all. While I successfully completed the course and received my belt buckle, it still took more from me than I had hoped, including my wedding ring!

Pre-Race Preparation
I was also fortunate that my friend Mike Acer had offered to crew (meet me at various aid stations with additional supplies and motivation) for me during the second half and possibly join me for some miles at the end. To prepare, we exchange multiple e-mails, discussed strategies on runs, and finally reviewed our plans the day before the race. While I have always been thorough in my preparation, especially after my DNF in 2014, I was impressed at how serious Mike took his role to help me finally finish.

The previous attempts taught me a lot about a 6pm start so I arrived in Virginia the day before and spent the night at a hotel close to the start line. After sleeping as late as I could in the hotel on Friday, I drove to the starting area where I spent most of the time on an air mattress in the back of my Santa Fe with my Bose headphones relaxing. It was a quiet afternoon other than the race briefing and meeting with Mike to exchange items I would want late in the race. However, when I first arrived at the start area, I was fortunate enough to connect with the race director, Clark Zealand.

Thankful for all things

I had reached out to Clark a week before the race to see if he would entertain a silly request. For my first attempt in 2014, my bib number was #27 and I thought it would be cool if I could be given the reverse bib number, 72.  When the numbers came out a few days later, I saw that I was #72!  Shortly after they were published, he responded and apologized that he wasn’t able to fulfill my request as they had unfortunately already published the numbers for all the participants before he read my e-mail. After my 2010 Boston Marathon experience, I didn’t believe in coincidences and responded to Clark that while he wasn’t able to help, I believe the Lord fulfilled my request.

When I saw Clark and reminded him of our e-mail exchange, he introduced me to his beautiful family. He had shared my story with them earlier and we spoke for a little while as they finished lunch. While some may question the Lords role in something as trivial as a bib number, given so many more important things we pray for, we all agreed on that Friday afternoon that we should never miss an opportunity to thank the Lord for all things, whether large and life changing or small and seemingly as insignificant as this.

Between this blog, Facebook, Strava, and previous races, I have gotten a chance to know some very cool runners. At the briefing and start line, I was able to catch up with old friends and meet others for the first time. I was relaxed and was not only confident in my ability to finish, but thought I might be due for a race in which everything came together.

We took off at 6pm after some quick reminders and a short prayer from Clark. I was feeling good and went through the night without any issues other than struggling more than expected on some of the climbs.  The good news for me was that all my rest and relaxation leading up to the race paid off and I never really had to fight off the sleep demons as I ran through the night. My strategy was to run a smart race until I met Mike at the turnaround and pick it up when the sun came up.

Mike was waiting for me at mile 52 as planned. I came into this aid station in just under 14 hours which was slower than I had hoped. I was cold, hungry, and took my time getting changed while taking in a bunch of calories that included oatmeal, a Starbucks double shot and pickles. One thing that I should have been more aware of given my experience was that I was spending way too much time at this and most of the other aid stations.

I saw Mike again at mile 65 (North River Gap Aid Station) and I was feeling good. We discussed our plans for the next 35 miles and decided that Mike would join me for some fun in the last 20 miles. While the goal remained to finish, and sub-24 hours was never in the cards, running under 30 hours was a new goal that I shared with Mike before taking off back into the woods. 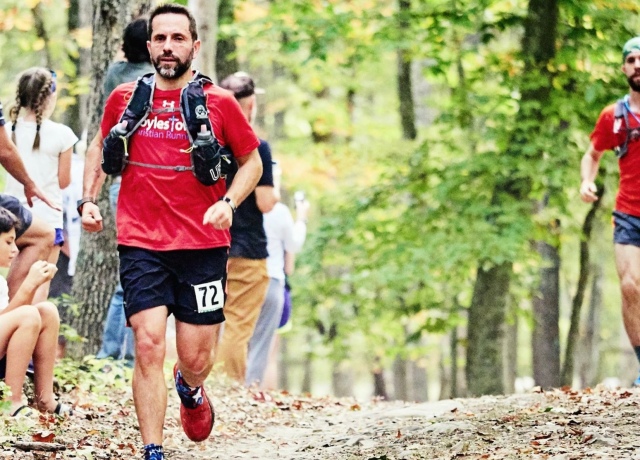 Feeling good in the first few miles… and I have my wedding ring on!

Mike was getting ready to join me for the last 20 miles when I reached Dowells Draft Aid Station (22M/80M) on my return trip. I needed to take a few minutes to recover again after I went way too fast down some decents (which I love doing) and my stomach wasn’t doing great. While this delay was needed to take in calories, I know I spent more time at the aid station than I should have yet again.

It was great having Mike with me as we shared a few hours of daylight. We continued back to the finish line and I was feeling better. The combination of having Mike with me, having what I needed to finish (I was under prepared for a second night in 2014), and the idea that I was finally going to finish this race made me enjoy these miles.

We left Dry Branch Gap Aid Station (15M/88M) which was the farthest I had made in 2014 before I threw in the towel. I was definitely glad to have my poles for climbing during this second half. On some of the sections that were flat or downhill, I felt like I was running like a lunatic. Mike had trouble keeping up with me a few times but these bursts didn’t last too long. Once I took a little spill in some mud but got up, wiped myself off, and put one foot in front of the other.

At the turnaround, I was in 119th position but in the last 5 miles, I gave it all I had and felt like I was flying. We were passing runners and their pacers who were encouraging us on as I just wanted to get it over with. Finally after 29 hours and 16 minutes, I was the 96th person to cross the finish line and able to get this monkey off my back!

Video of the finish thanks to Mike

I was so relieved to have finished and thankful to feel as good as I did. The adrenaline was flowing but I only wanted three things; food, shower, and sleep. I wasted no time getting all three and was soon sound asleep on the air mattress in my car.

It was no surprise when I woke up a few hours later, restless as I always am after 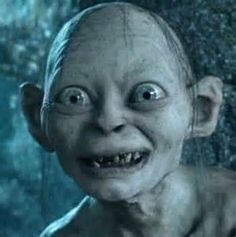 running 100 miles. I decided to begin my drive back home from Virginia that would require one more stop to nap. As I prepared to depart I realized I didn’t have my wedding ring on and knew I had lost it. I almost always take off my ring before races given that it almost always gets loose after losing weight leading up to races. However, this was not a factor last year and I didn’t think to take it off.  It was nowhere to be found.  A picture taken early on the race clearly showed me with my ring and in the video Mike took of me at the end, it appears to be gone. My only explanation is that it slipped off when I fell late the race, wiped the muds off my hands and my ring along with it. It was sad to lose something that has meant so much for the last 20 years.

What Worked & What Didn’t

While this is not a traditional race report, the following are some things I learned (again):

So Many To Thank

I enjoyed Grindstone’s 6pm start as it gave me a whole night in the mountains where I spent a lot of time alone in the woods. I love the peace during these hours where I feel like I shut off all the distractions of life and truly turn to God to ask for his help. It is running which helped bring me to Christ and I am so thankful how my life has and continues to change as a result.

I must thank my wife who not only supports me and my love of running, but was more understanding than I could have hoped after losing our wedding ring. She and my kids are always supportive when it comes to races. Although they do like to give me a hard time about my running videos, plethora of sneakers, and endless running stories!

There are many friends who have helped me over the years. Many helped me train, acted as my crew or pacer, and providing encouragement for which I am so grateful. At Grindstone, Mike Acer went above and beyond to help me finish this race and create many new wonderful memories down in Virginia. I look forward to returning the favor in the future and logging many more miles with him. I also need to thank Bobby “Goat”, John D, and Chris M who helped me train or supported me at the Dirty German and Bryce 100 in 2017.

One of my favorite race stickers!

Well my blog has taken a back seat to many other priorities over the last year. I am going to once again make an effort to share some shorter and more frequent posts in the months ahead. After all, 2018 began with a torn rotator cuff, surgery, six weeks of no running, and the challenge of trying to get my fitness back so stay tuned.

I am a Christian, Father of 4 wonderful children, Husband and Passionate Runner. I hope to help others experience that running can be a powerful approach to strengthen their Faith and improve their fitness.
View all posts by rxnickrun →
This entry was posted in Challenging, Doing our best, Goals, Philippians, Prayer, Uncategorized and tagged Christian, Christianity, exercise, Faith, Motivation, running, ultra running, Ultrarunning. Bookmark the permalink.